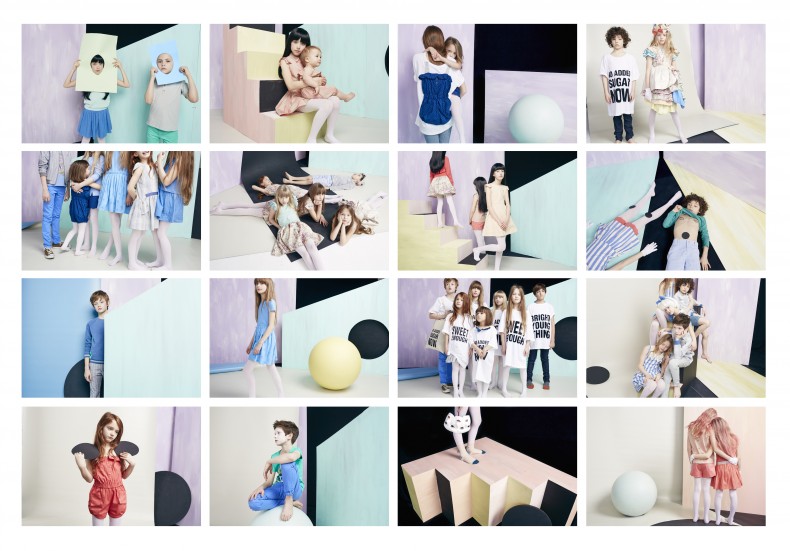 Let us play – and that we did 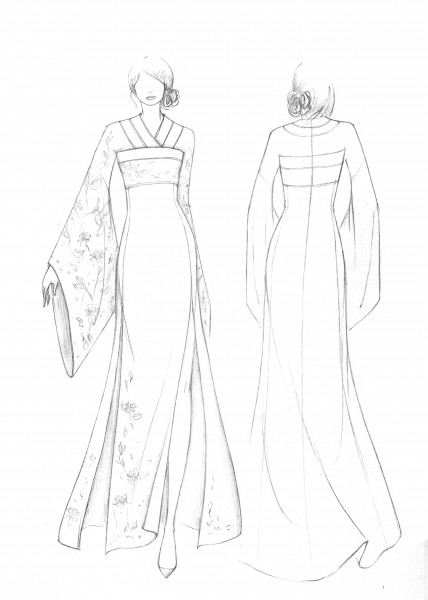 Early drawing of the dress. Working on the SS14 campaign for Molton Brown.  I get to design and have a dress made and then Sandra gets to shoot it on a lake.  Super fun. 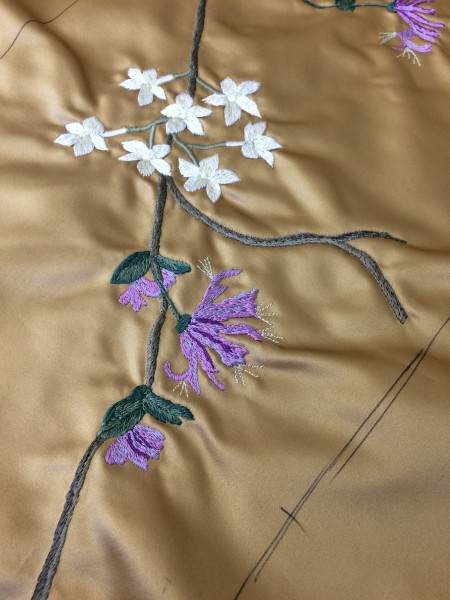 First bits of embroidery – so exciting working at hand and lock watching all the embroidery. Lucky me.  Thanks for the amazing dutches silk @ joelandson.  Love that place. 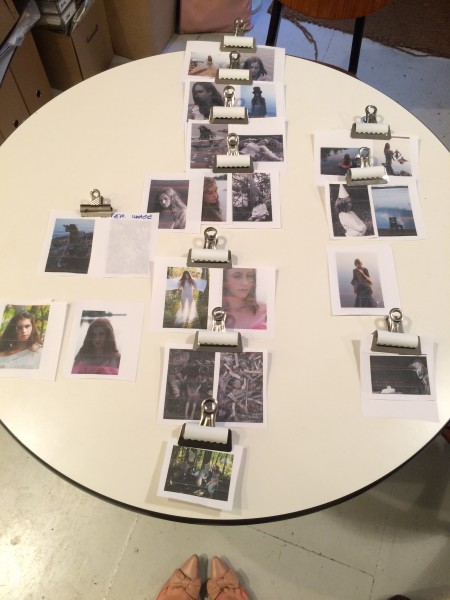 Blogging next story coming soon… Sandra and I shot this story in Sweden with Livia 13yrs. 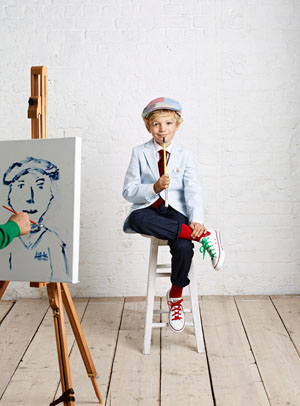 Shooting with Jo paterson. David Hockney Story – mini.  Super cute.  Great working with you Mr Jeremy Hackett.  Glad you liked the old colours magazines.  They are some of my favs.  Lots of jumping around today , almost popped my baby but she’s holding on in there (not long now).  Thanks for a fun day Jo. 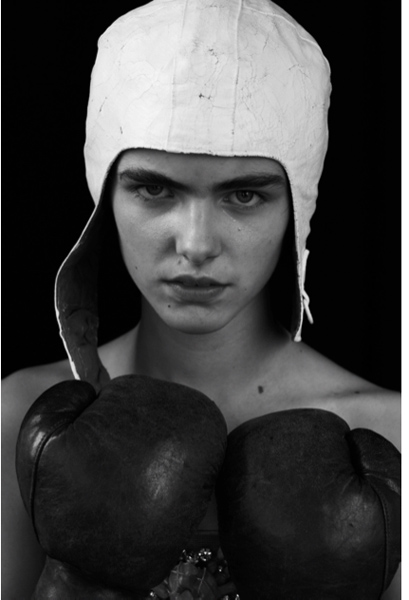 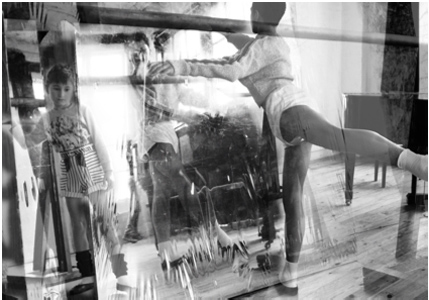 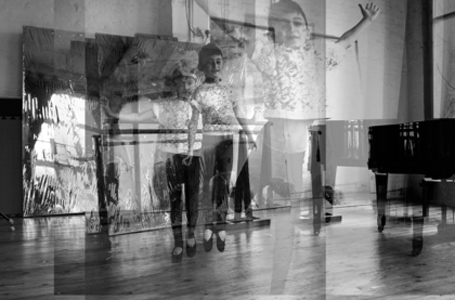 Stills from a shoot for Union Magazine. Camera obscura story… Nice bugs Lucy. Check out the full story on my website. 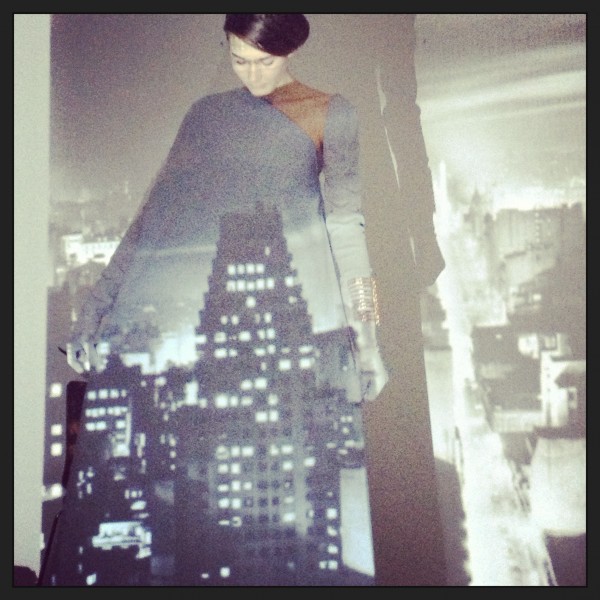 Stills from a film I worked on recently, commissioned by Lau.  It screened at Kingsplace, London on 20th October 2012 and is traveling round the country as we speak.

A film by Ruth Paxton

* Once it finishes the rounds I’ll put the film up

PASSINGUSBY wanders through the fragmented narratives that swirl in the universe imagined by Sandra Freij (photographer) and Emma Macfarlane (stylist). Emma and Sandra have worked together on various projects over the past 5 years creating inhabited worlds. During that time there were many places they earmarked for exploration. A chance meeting with a stranger’s face was all it took to set this in motion. This project is a space for all their homeless moments and noticed details. It is a journey through imaginations, images, text, objects and sounds traveled by muses that would otherwise have passed them by.

So we’ve meet Eve. We believe Eve dreams in shades of black. We decided to turn her world pastel. As she spills her dreams, she often finds herself shipwrecked. There was this one time, she discovered herself at the bottom of the Thames right under Blackfriars Bridge. Luckily, the tide was out and she was washed ashore and we found her… This is Eve’s story…

Exhibited at part of the Feminine Touches series Curated by Serena Babowski. Presented at the Shunt Arches, London

The images were placed in a series of narrow, glass tiled tunnels, beneath London Bridge Station. Each picture was back lit and hung as if floating, at the back of one of these rather strange little arches. Headphones where places at the bottom of the caves. An old rickety ladder moved around allowing people to climb up and peer into the spaces… As people popped their heads into view they placed the headphones on and listened to the watery worlds of our ladies. See below for more details.

The pictures were taken in the evening whilst the women bathed. I have links to their stories… when I find them I will pop them up. 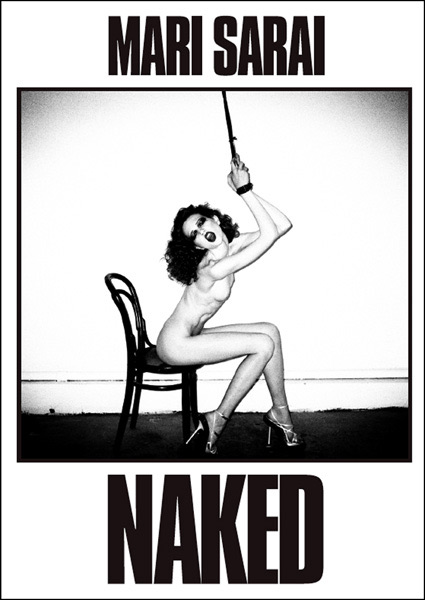 NAKED runs at Blackall Studios, Shoreditch from September 16 – 20, including one of me heavily pregnant – yikes!!!  Well done Mari.

From Nose To Mouth

A Film By Joji Koyama

Styled by Emma Macfarlane – me

An animate! commission. Funded through Finetake by Arts Council England and Channel 4. I had such fun working with Joji on this.  Thanks Joji.

In a disorientating arena of shifting boundaries, a girl struggles with a set of bizarre lessons and tasks.

Here is a taster from a series of images Judith and I worked on off from the street and their dogs. Shot in one day outside my studio on Belfast Rd. Some how I manged to get roped into dropping the boys off at the end of the day, all over London I don’t know, dogs and all.  Three dogs in a small car is quite a handful. Especially these dogs.  Secretly it was the best part of the day. It’s funny but very quickly it emerged how much these lads cared for their dogs which seemed to be the only permanent things in their life. I was touched and grateful to see the way these complicated friendships between the dog and their boy were revealed.  I think I saw true love that day. Thank you. 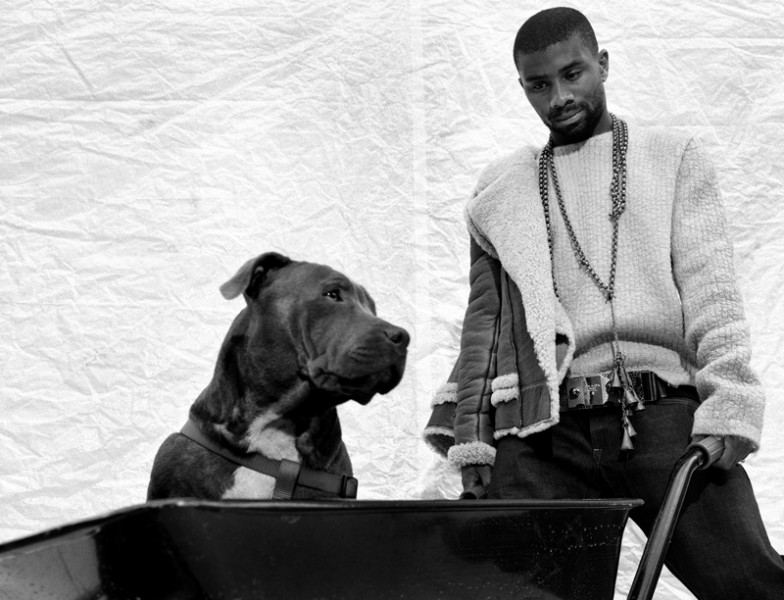 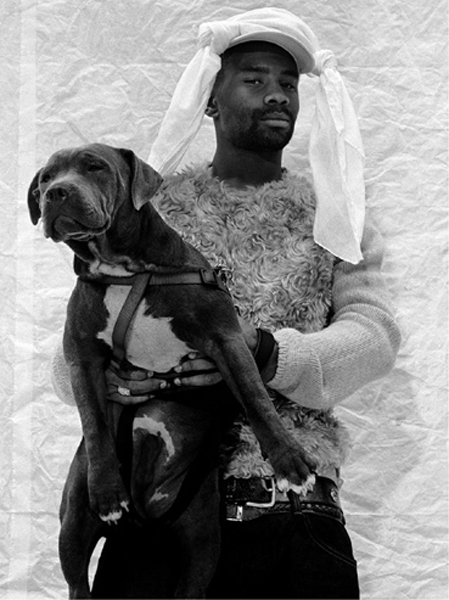 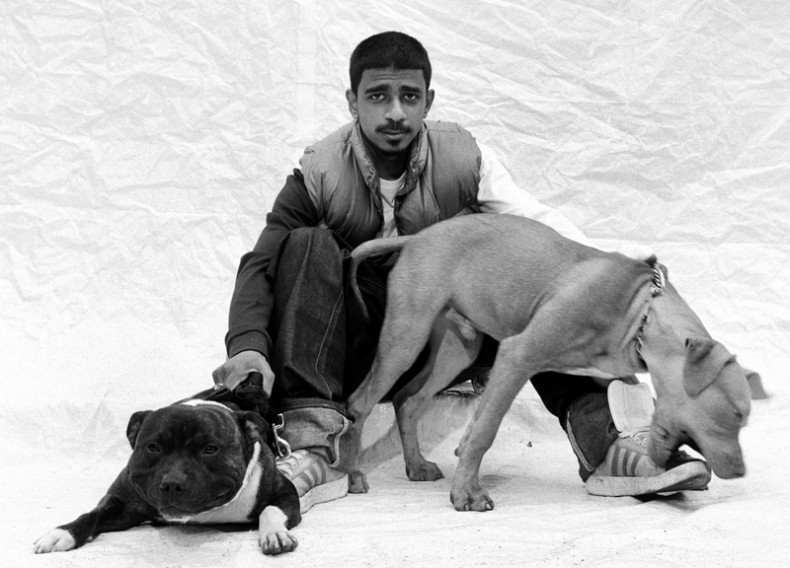 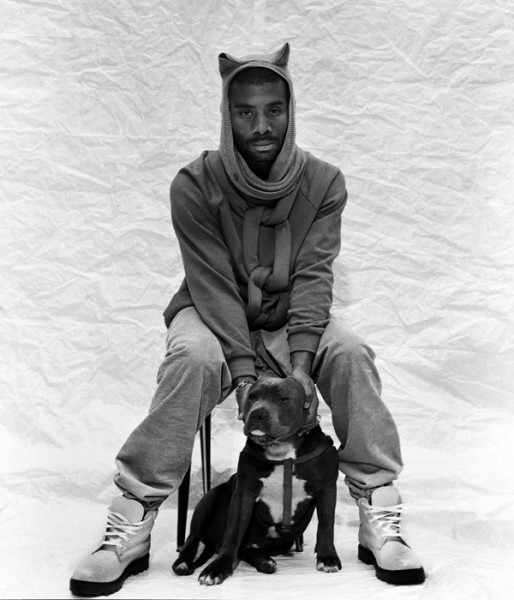 I was was nipped and I still have the scar to show for it 😉 … my phone got used an awful lot that day, which I thought was cute. I got to listen in, no one seemed to mind.

A Film by Ruth Paxton

Commissioned by Milan’s Festival Delle Lettere. Based on a letter about beauty, by Italian actor Vittorio Gassman 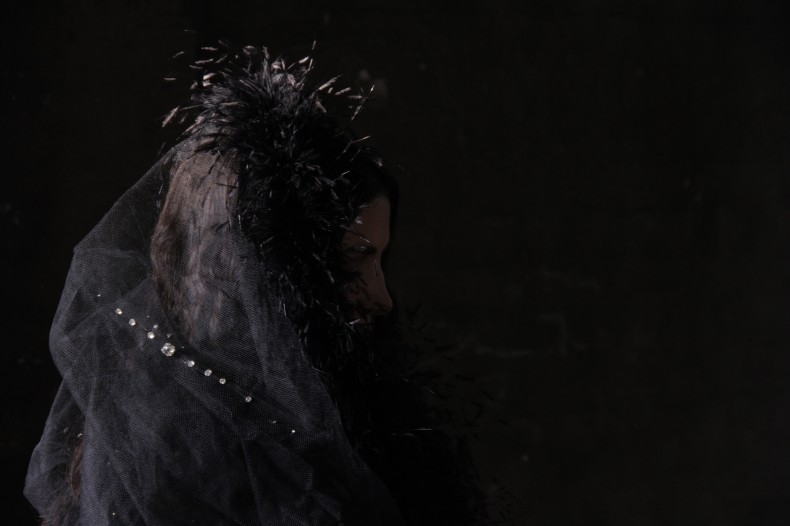 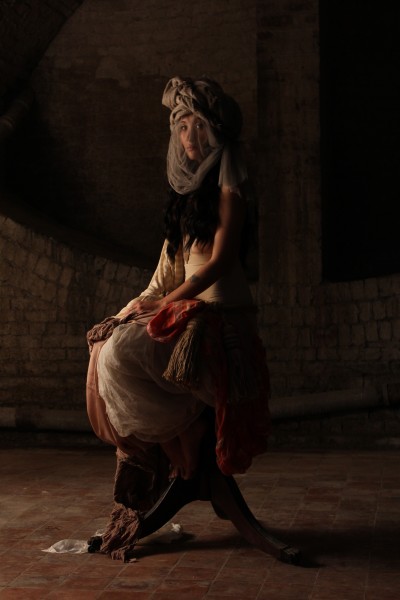 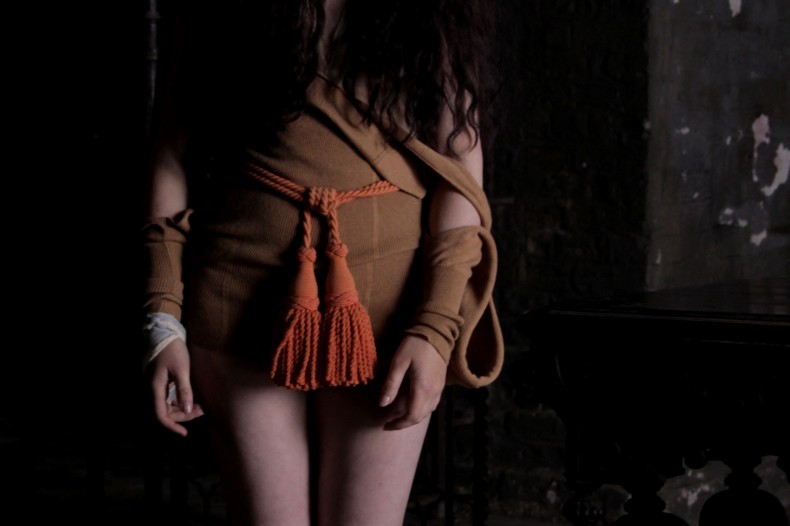 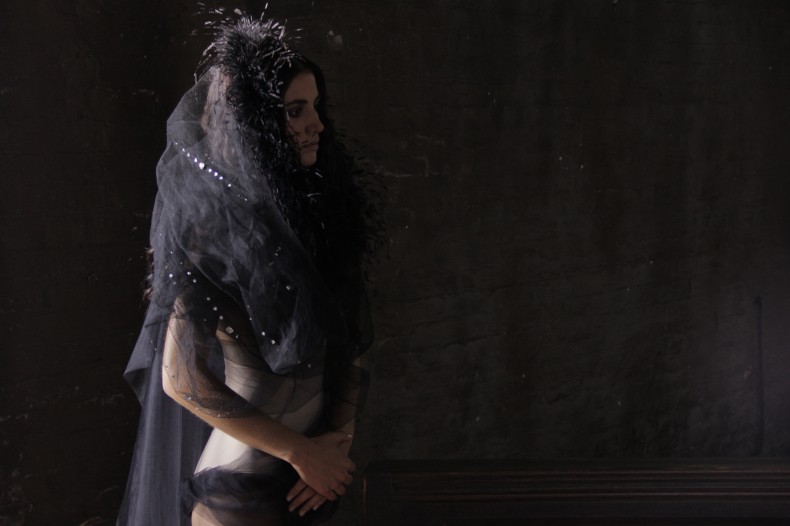 Looked beautiful Ruth. So pleased to see it played at the London film festival.

* Once it finishes the rounds I’ll put the film up

Hats by Stephen Jones – thanks Stephen.  All other clothes Vivienne Westwood.